Newshound readers may know the temperate locales of South Florida for the great outdoor activities, boating and game-fishing opportunities that... 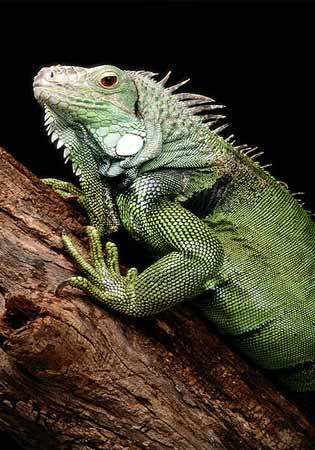 Newshound readers may know the temperate locales of South Florida for the great outdoor activities, boating and game-fishing opportunities that abound there.

In addition to unique reptile species like alligators and popular saltwater dwellers like bonefish and tarpon, the region is also home to a growing number of non-native, introduced species that can thrive in the warm and wet climate.

But they’re not always welcome, especially by those empowered to protect the environment.

Last week, more than 100 interested persons attended a symposium at the Palm Beach County Cooperative Extension Service building to learn how to help control one of those troublesome species that has become increasingly prolific in parks and residential yards–the iguana.

Sold as pets for decades, iguanas now exist in large breeding populations and number in the hundreds of thousands in the area south of Orlando. Last week’s gathering focused on how regular folks can harass and euthanize the nuisance critters.

Kern explained that the biggest problems associated with the South and Central American reptiles include the fact that it deposits about a pound of feces daily and loves to munch on ornamental plants like hibiscus and orchids.

The Stewart News reported one man in the audience asked Kern about the use of specific instruments for iguana whacking.

“Can you whack them with a machete?” he queried, drawing roars of laughter from the crowd.