Lightning On The Skeet Field

From Colorado’s Greely Tribune: “A Loveland man suffered serious injuries when he was hit by lightning Monday afternoon while skeet... 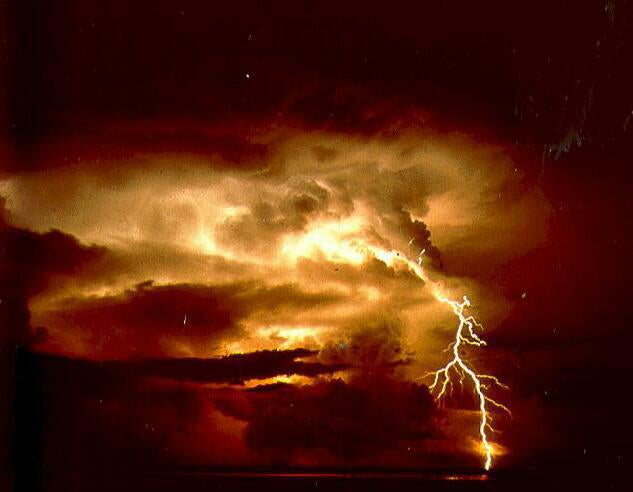 “A Loveland man suffered serious injuries when he was hit by lightning Monday afternoon while skeet shooting east of Lucerne.

Josh Renuch, 32, was one of two men injured in the incident shortly after 2 p.m. Monday, said Margie Martinez, spokeswoman for the Weld County Sheriff’s Office. She identified the other man as Brent Kuehne, 32, of Greeley.

Martinez said the two men were with a group of seven people shooting skeet at a farmhouse 2 to 3 miles east of Lucerne. She said the incident occurred just before a heavy thunderstorm moved through the Greeley area.

“There was no storm out there at the time, but obviously, there was lightning.

“Apparently, a skeet had just been launched, and the lightning may have hit the shotgun because it pretty much exploded in (Renuch’s) hands,” Martinez said.

She said Kuehne was knocked down by the lightning. A woman who was with them, along with a person from a nearby residence, gave first aid to the two men until emergency personnel arrived. The woman, Martinez said, was not injured, but she and the others at the site were taken to North Colorado Medical Center in Greeley.

Because of patient confidentiality, the hospital could not give the conditions of those injured.

Meanwhile, the heavy rain that started around 2 p.m. Monday in downtown Greeley continued well into the afternoon. It resulted in some minor flooding problems in the area of 9th Avenue and 16th Street shortly after 3 p.m. There was no serious problems, however, according to Greeley police.

About 4 p.m., amateur radio spotters in southwest Greeley reported floodwater running over Weld County Road 54 and Two Rivers Parkway, about eight miles southwest of Greeley, according to the National Weather Service, which issued a flash flood warning for the area. Water up to hub caps on vehicles was reported, and the weather service said Doppler radar indicated as much as 3 inches of rain had fallen in the area.

Martinez said there was runoff from a field near Weld 54 and Two Rivers Parkway, and west of there, small hail covered about a mile area.

“It was small hail, but there was tons of it,” she said, noting it was 3-4 inches deep in that one area.

Other sites reported upward of 1.25 inches on Greeley’s northwest side and more than half an inch near Highland Hills Golf Course. Near Kersey, 0.6 of an inch to more than an inch was reported at automated weather stations, while other areas of Weld had a trace up to 0.3 of an inch or a little more.