Talk about delicious irony. What are the odds of finding a story about two species of vermin–tort lawyers and nutria–where... 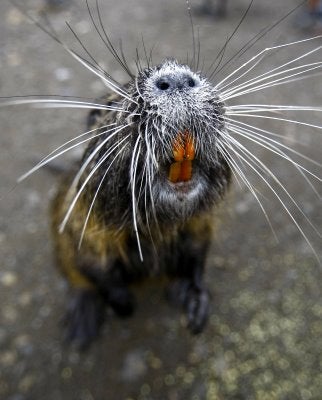 Talk about delicious irony. What are the odds of finding a story about two species of vermin–tort lawyers and nutria–where both play an integral role in the tale?

You can’t make this stuff up.

Fontana filed a suit against Wal-Mart in state district court in Abbeville, Louisiana on April 22 on behalf of his clients, Randal and Rebecca White.

The suit alleges Ms. White was pushing a full shopping cart in the grocery aisle of the Abbeville Wal-Mart on Oct. 11 when a large nutria emerged from behind a Coke machine and ran toward her.

“Fearing for her safety,” the suit alleges, Ms. White tried to protect herself with the cart, but in the process rolled a wheel over her foot, causing injury.

The lawsuit goes on to claim that when store workers came to White’s aid, they made light of the incident, “telling (the) petitioner…they could see that she had an encounter with ‘Norman,’ a name the employees had given to the rat.”

Stay with me here. Norman’s the rat, Anthony’s the, uh, attorney.

The lawsuit, which claims Ms. White needed surgery to her foot as a result of the rodent encounter and seeks further compensation for her “pain suffering and metal anguish,” claims Wal-Mart and its employees were negligent because they failed to:

– Warn her of the nutria prior to her entering the store.

– Take steps to protect her from the nutria.

– Warn her that she is shopping at her own risk because there is a wild animal loose in the store.

– Attempt to capture the nutria.

As for Norman, we can only hope he’s called to testify on his behalf, to prove to the court he’s no “wild animal.”