Texas has become the third major deer-hunting state to approve the use of crossbows during archery-only deer-hunting seasons this year.... 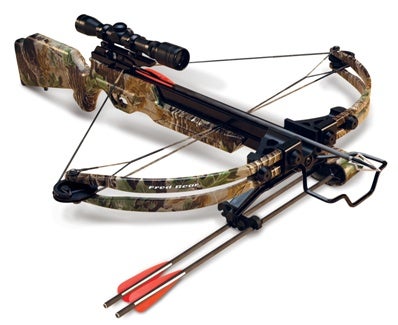 Texas has become the third major deer-hunting state to approve the use of crossbows during archery-only deer-hunting seasons this year.

On Monday, May 18, the Texas state legislature sent HB 968, which is slated to become effective with the October 2009 early archery season, to Gov. Rick Perry. The governor, a longtime archer and bowhunter, has indicated he intends to sign the measure.

Earlier this year, game commissions in both Michigan and Pennsylvania instituted similar regulations to allow crossbows to be used during the general archery deer seasons.

Historically Texas, Pennsylvania and Michigan annually rank among the top five U.S. states in the number of bowhunting participants.

With the addition of the three states in 2009, a total of 11 states now allow crossbows during regular archery deer-hunting seasons.

The Texas legislation was drafted and introduced by Rep. Mark Homer at the request of a friend and hunting partner.

It was opposed by the state’s largest archery hunting organization, The Lone Star Bowhunters Association.