No, it’s not a reprise of Bill Murray’s memorable role as the demented groundskeeper with a manic obsession for destroying... 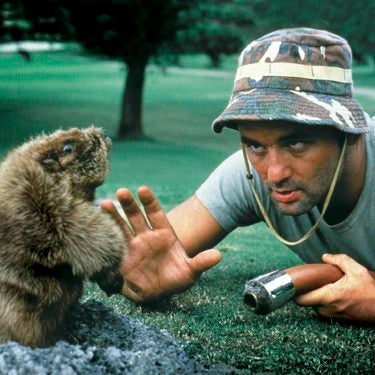 No, it’s not a reprise of Bill Murray’s memorable role as the demented groundskeeper with a manic obsession for destroying golf course gophers.

The Thurston County (Wash.) Sheriff’s Department reports that a county resident shot off part of his finger Monday while setting a homemade mole-killing trap in his yard.

The device consisted of a spring-loaded mechanism that was staked into the ground, along with a trigger apparatus and a loaded shotgun shell.

Seattle television station KIRO reports the 39-year-old man–who was not identified by name–apparently tripped the device’s trigger while setting it.

He was treated and released by a local hospital for non-life threatening injuries to his finger.

Authorities say in addition to the painful partial loss of a finger, the do-it-yourself exterminator will likely face gross misdemeanor charges for setting an illegal trap. Ouch!