Most states have an official flower, song, flag, mammal or even fish. But thanks to the dedication of some devotees... 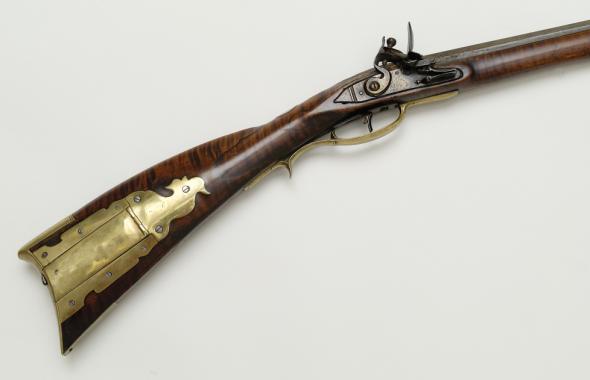 Most states have an official flower, song, flag, mammal or even fish. But thanks to the dedication of some devotees of historic firearms, Pennsylvania may soon be the first to have an official state gun.

In late May, State Sen. Pat Browne of Allentown, Pennsylvania introduced legislation designating the historic Pennsylvania Rifle as the official firearm of The Keystone State.

“The Pennsylvania Rifle was the first truly American firearm and, due to its exceptional accuracy and range, was considered the greatest achievement in the development of firearms during the 18th century,” the bill states, in part.

The legislation is the result of several years of hard work by historic firearms lovers in Pennsylvania, in particular those affiliated with the Jacobsburg Historical Society’s Pennsylvania Long Rifle Museum.

“We have been working toward this resolution, actively with Rep. Craig Dally, for the last three years,” said Museum president Dave Ehrig. “It was only after a summit at the museum, followed by a luncheon reception for Sen. Pat Browne, did the good senator become swayed. We are excited about the future!”

An early handcrafted Pennsylvania longrifle built in the mid to late 1700s could take 200-300 hours to craft, especially in the days when barrels were hand-forged.

“They are one of the pure forms of American art form,” said firearms historian Tim Lubenesky. “Almost every kind of art was brought from other parts of the world but the Kentucky Rifle or Pennsylvania Longrifle and its four-piece engraved brass patchbox is unique to the Americas. No place else does it exist.”