Is The Gun Spike Waning?

If Mark Twain were still with us, he might contend that the rumors of the firearms industry’s demise have been... 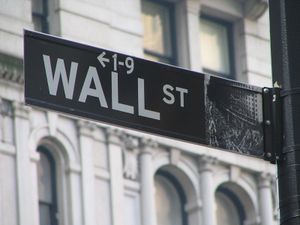 If Mark Twain were still with us, he might contend that the rumors of the firearms industry’s demise have been greatly exaggerated.

Selected Wall Street investment analysts announced downgrades to some firearms manufacturer’s stocks last week, based on the premise that the unprecedented spike in the sales of certain guns and ammunition since the November General Election is nearing the end of its historic run.

“THE OBAMA GUN RUN IS SLOWING,” shouted the lead line in Barron’s Senior Editor Bill Alpert’s feature, “Shooting a Hole in the Outlook for Gun Stocks.”

“When the Democrats swept into Washington in November, gun fanciers scrambled for 15-round pistols and tactical rifles equipped with grenade launchers, flash suppressors and bayonets–in fear the new administration would reinstate a ban on the sale of such weapons,” Alpert wrote.

Based on the arrogant and sarcastic tone of the article, one wonders whether the author’s contention that the increase in firearms sales and related jump in concealed-carry permit applications may be waning is based more on wishful thinking than facts and accurate data.

Ironically, the same day Barron’s announced what appeared to be the death knell to the present booming firearms market, gunmaker Smith & Wesson announced a 20 percent increase in sales for the company’s fiscal 2009 ending on May 31. The Springfield, Mass. manufacturer reported a net profit of $7.4 million, or 14 cents per share, more than doubling earnings from the same quarter last year and beating analyst estimates.

(In the interest of full disclosure, the writer is an investor and has owned Smith & Wesson stock for nearly 10 years.)

And last week, data released by the FBI’s National Instant Criminal Background Check System (NICS) indicated a 15.4 percent leap in background checks on the sale of firearms in May when compared to the same month a year ago. Background checks totaled 1,023,102 in May 2009, up from 886,183 reported in May 2008.

The May increase came on the heels of a 30.3 percent increase in April, a 29.2 percent gain in March and rises of 23 percent in February, 28 percent in January, 24 percent in December and 42 percent in November–when a record 1,529,635 background checks were performed.

Granted, the May 2009 NICS numbers fall somewhat short when compared to those from preceding months. But it’s hardly a cause for alarm for anyone but those naysayers who contend the current high interest in firearms ownership for personal protection is fabricated and lacks legitimacy.