As hunters prepare to head to the backcountry for early season big game scouting, authorities in an increasing number of... 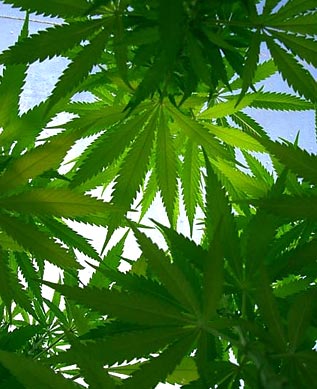 As hunters prepare to head to the backcountry for early season big game scouting, authorities in an increasing number of popular hunting locales are warning sportsmen about the likelihood for confrontations with armed and ruthless marijuana growers on public lands.

It’s a disturbing sign of our times, but more and more hunters in virtually every region of rural American may potentially stumble upon clandestine drug-making and marijuana-growing operations these days.

With the California Zone A deer season set to open Saturday, August 15, hunters there are being warned to be especially vigilant when in remote areas of the Mendocino National Forest, a region notorious for illegal pot-growing plantations. It is also an area where armed confrontations have occurred between growers and unsuspecting deer hunters in the past.

No one was apprehended, but authorities also dismantled two separate camps and an extensive irrigation system.

In recent years, the Office of National Drug Control Policy (ONDCP) has stressed that illegal cultivation on public land has grown to highly problematic levels in many areas. The operations are often run by Mexican drug cartels and guarded by heavily armed members of U.S.-based street gangs and illegal Mexican nationals.

Simply, there are some real bad guys out in the mountains and woods these days.

Authorities agree that hunters should avoid contact with the individuals at these remote camps at all costs. Instead, they should obtain a GPS reading of the location, if possible, then immediately retrace their route away from the area and contact law enforcement to make a report.

Additionally, hunters should also report anything they see that might be associated with marijuana growing operations; like PVC drip lines, brush piles placed in long rows, empty fertilizer bags or garbage.

Now, let’s go hunting. But be careful out there.