Brooklyn, NY social worker Michael Littlejohn is an avowed history buff and a self-proclaimed student of the Revolutionary War who’s... 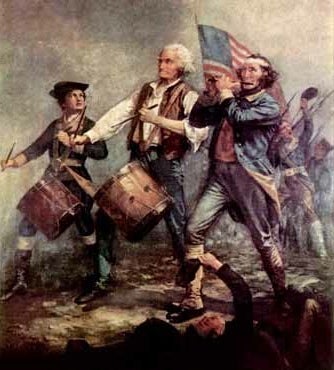 Brooklyn, NY social worker Michael Littlejohn is an avowed history buff and a self-proclaimed student of the Revolutionary War who’s taken part in battle re-enactments in Virginia and Georgia as an adult.

Littlejohn, 50, recently followed his love of the American past and purchased a historically accurate and fully-functioning flintlock rifle, like the ones used by revolutionary soldiers and the frontiersman who later forged Westward–helping make the new territories safe for expansion and further colonization.

Indeed, among many collectors and gun enthusiasts, such a firearm is considered as much a work of art as it is an historic shooting, defensive and hunting implement.

Except in New York City in 2009, apparently.

Not long after Littlejohn received the firearm from the Tennessee artisan and blacksmith who created it, he was paid a visit by New York Police, who told him he must obtain a license if he wanted to keep the vintage front-loader.

The New York Daily News reported this week that a Staples copy center employee called authorities after she found a receipt for the gun left behind by Littlejohn, alerting police to the location and owner of the historic black powder firearm.

When confronted by police and told he was in violation of city law, the amateur historian was defiant–almost revolutionary, you might say.

“This is the last legal gun that you can have without registration in New York,” Littlejohn said. “And yet Mayor Bloomberg is driven crazy by my flintlock gun–the one that won the American Revolution.”

§ 10-305 Exemptions. The sections requiring rifle and shotgun permits and certificates and prohibiting the possession or disposition of assault weapons shall not apply as follows: b. Antiques and ornaments. The provisions of this chapter shall not apply to antique rifles and shotguns which are incapable of being fired or discharged or which do not fire fixed ammunition, or those weapons manufactured prior to eighteen hundred ninety-four and those weapons whose design was patented and whose commercial manufacture commenced prior to eighteen hundred ninety-four and whose manufacture continued after eighteen hundred ninety-four without any substantial alteration in design or function, and for which cartridge ammunition is not commercially available and are possessed as curiosities or ornaments or for their historical significance and value…

In the meantime, sources with NYPD say the escalating conflict could end quickly and peaceably if Littlejohn would simply apply for a permit with the department’s handgun license division.

But that’s not going to happen, according to the historic arms lover, who says he’s prepared to go to court to keep his gun without obtaining a city license.

The Newshound advice? The Bloomberg administration should avoid engaging in a battle with someone who has extensive skirmish experience.