The ten-month surge in the sale of firearms and the accompanying increase in applications for concealed carry permits in the... 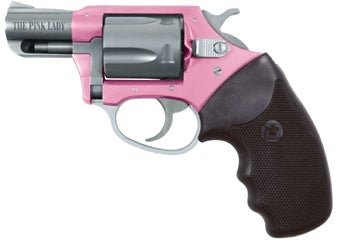 The ten-month surge in the sale of firearms and the accompanying increase in applications for concealed carry permits in the U.S. have been well documented by the pro-gun media. But a relatively under-reported related gun-sales story has everything to do with sex.

Did that get your attention?

By all accounts, women are buying guns for personal protection like never before and seeking firearms training and education in increasing numbers.

Last week it was reported that in 2009 nearly 12,000 new pistol permits were issued in Connecticut, a state with one of the historically lowest gun-ownership rates in the country. Between January and May the state saw a 90 percent increase in the number of pistol permits over the previous year, with retailers and safety instructors reporting a spike in first-time gun purchases, particularly by women.

“I think that the percentage that you’d see of women coming for the first time has quadrupled,” John Petricone, a staffer at Tactical Arms in Torrington, told the Danbury Republican-American. Pistol safety classes that once drew about nine men for every woman are now evenly split, Petricone said.

That contention was all but confirmed by survey results released this week from the National Shooting Sports Foundation’s “First Shots” program.

“First Shots” is just what the name implies: a program that introduces people to handgun shooting for their first time–along with expert coaching and safety instruction.

Of the 3,106 participant surveys tabulated from handgun events as of this June, a total of 1,498 participants (48 percent) identified themselves as female. In addition, 64 percent of the female participants indicated the First Shots seminar marked their first-ever experience shooting a handgun.

In a follow-up survey conducted six months after attending the seminar, 20 percent of the female participants said they went on to take formal handgun training such as basic handgun, concealed carry, defensive handgun, NRA safety instruction and other formal programs. Further, nearly half of the responding female First Shots participants reported to have met their state’s requirement to own or purchase a handgun.