Probably no genre of angler is more obsessed with casting accuracy and prowess than fly fishermen. And, when it comes... 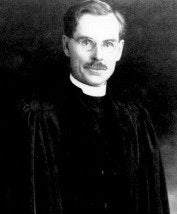 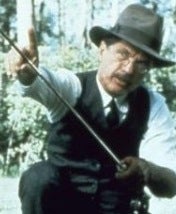 Probably no genre of angler is more obsessed with casting accuracy and prowess than fly fishermen.

And, when it comes to fly casting, there’s not a book and movie combination that brought more interest and excitement to the sport than the 1976 memoir “A River Runs Through It,” by Norman Maclean, and the subsequent 1992 film featuring emerging (at that time) mega-star Brad Pitt.

On Sunday, a monument honoring the central character in the story, minister and fly fisherman John Maclean, was dedicated at the First Presbyterian Church on Fifth St. in Missoula, Montana. It was in this Western city that Maclean presented his first sermon as pastor of the congregation one hundred years ago this year, in February 1909. He planned and oversaw the building of the current house of worship, which was completed in 1915.

Rev. Maclean, his wife Clara, and son Paul–around whose 1938 murder the book’s plot is constructed–are all buried in the church cemetery.

Fly-fishing notwithstanding, it could be said that casting is equally important in movies. As proof of this premise, The Newshound offers the photographs of Rev. Maclean and actor Tom Skerritt, as the latter depicted the fly-fishing pastor in the film. Pretty incredible similarity, wouldn’t you agree?

If you only saw the movie and neglected to read Maclean’s magnificent book, you missed some classic and inspiring fishing lines (pun intended). Among them:

“Poets talk about ‘spots of time,’ but it is really the fishermen who experience eternity compressed into a moment. No one can tell what a spot of time is until suddenly the whole world is a fish and the fish is gone. I shall remember that son of a bitch forever.”

“He told us about Christ’s disciples being fishermen, and we were left to assume…that all great fishermen on the Sea of Galilee were fly fisherman and that John, the favorite, was a dry-fly fisherman.”

“Eventually all things merge into one and a river runs through it. The river was cut by the world’s great flood and runs over rocks from the basement of time. On some rocks are timeless raindrops. Under the rocks are the words, and some of the words are theirs.”