An attack by a 10-point buck sent a far upstate New York man to the emergency room last week, with... 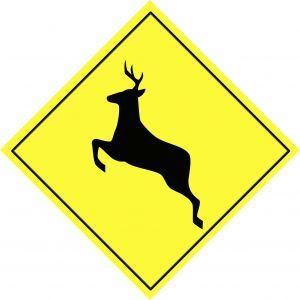 An attack by a 10-point buck sent a far upstate New York man to the emergency room last week, with gashes and bruises covering most of his body.
Moira resident Gerald Dabiew says he feels fortunate he wasn’t more seriously injured after being butted and pinned to the ground for several minutes by the aggressive whitetail he encountered behind his rural home.

“I’ve got bruises from head to toe,” Dabiew, 56, told the Watertown Daily Times. “He picked me up in the air and pounded me into the ground.”

Dabiew’s isolated home is surrounded by woods, and deer are commonly seen in the area. So while he was loading wood behind his house, he didn’t think twice as he spotted the buck across the road. “He stepped on the road, he looked at me, and the next thing I know, he was coming right at me,” Dabiew said. “He got me down on the ground, and it was then I knew that he really wanted to kill me.”

Dabiew, who referred to himself as “a good-sized guy,” fought the buck for several minutes, wrapping his legs around the animal’s neck and holding its antlers. He was finally able to break loose and managed to kick the animal, causing it to back off and retreat.

Dabiew, who said he’s not a hunter, said he certainly hadn’t considered deer to be dangerous animals–until last week, anyway.

“It changed my way of thinking,” he said. “I took an awful pounding; I know that.”