For years, the Sioux Falls, SD professional baseball team and member of the American Association independent baseball league was known... 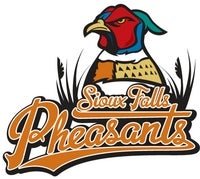 For years, the Sioux Falls, SD professional baseball team and member of the American Association independent baseball league was known as the Canaries.

What’s worse, the Sioux Falls Stadium where games were played was known to fans as The Birdcage, and the team mascot was a big yellow0-feathered creature wearing a baseball uniform, named “Cagey.”

Insightful team ownership has decided to change the team name to something more regionally appropriate, while maintaining the existing avian theme.

In announcing the team would henceforth be known as the Sioux Falls Fighting Pheasants, CEO and Managing Partner Gary Weckwerth said last week, “We felt it is one of the great sports names that didn’t exist and something the people of Sioux Falls and the state of South Dakota can identify with…plus the pheasant is just a lot tougher and meaner bird!”

Here at the Newshound, we couldn’t agree more.

Before landing his current gig as Director of Marketing and Public Relations for Pheasants Forever in 2003, my good friend Bob St. Pierre spent seven seasons with the Saint Paul Saints Professional Baseball Club, working his way up to Assistant General Manager. During his years with the Saints, his team regularly met Sioux Falls Canaries.

So naturally, no one was more pleased than St. Pierre about the new moniker for the South Dakota team.

“The Canaries name never really made sense to me for a team in Sioux Falls,” St. Pierre said. “Of course I’m pretty jacked to hear of their new switch to a much more popular South Dakota bird and I can’t wait to get my hands on one of their new baseball lids. I hope to attend a game there this summer.”

St. Pierre, always thinking of PR and promotions, said he’s hoping they’ll have a “Take Your Bird Dog to The Ballpark Night.”

We wonder if the new uniforms will be blaze orange.