Sometimes here at the Outdoor Life Newshound, the blog just writes itself. And this week we have received an especially... 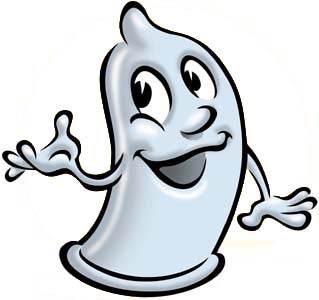 Sometimes here at the Outdoor Life Newshound, the blog just writes itself. And this week we have received an especially wonderful gift from a highly unlikely source–one of the country’s most radical environmental organizations, the Center for Biological Diversity.

Based in Tucson, Ariz., the Center for Biological Diversity has made a name for itself primarily as an environmental litigious entity. Over the years it has successfully blocked everything from public land timber sales to expansion of water projects in the West through creative use of lawsuits and the court system. Probably the single largest target of this sue-happy group is the U.S. Fish and Wildlife Service, which can hardly even utter the phrase “endangered species delisting,” without hearing from a bevy of briefcase-toting CBD lawyers.

On the hunting and shooting front, the CBD is a leader in the current effort to ban the use of lead ammunition by hunters in a growing number of Western states, based on its claims that lead fragments from bullets left behind in gutpiles threatened the California condor and other raptor species.

Ordinarily, we wouldn’t give this group the time of day, but this week it launched a new project that we just can’t ignore.

According to its own press material, the CBD is poised to launch the Endangered Species Condom Project later this month.

And no, we’re not making this up.

The promotion’s aim is to distribute free condoms wrapped in six different endangered-species-themed packages, with the goal of raising awareness about the alleged dire negative effects we humans have on the planet.

By the way, the condoms are made for use by humans–not by endangered species (just wanted to clarify that).

“The project will raise awareness about overpopulation’s serious impacts on our planet and spark, we hope, new conversations about the need to bring Homo sapiens back into balance with the rest of life on Earth,” CBD Executive Director Kieran Suckling wrote in a Jan. 27 email to supporters.

Needless to say, we think you’ll agree it’s a great idea to distribute items used for birth control to as many of these extreme activists and their supporters as possible. Fact is, while reducing the propagation rate among radical environmental elements, we should encourage our hunters, anglers and shooters to go forth and multiply!

So, we say to the Center for Biological Diversity–bravo! Pure genius!!