When U.S. Rep. Steve King found a raccoon trying to chew into his rural Western Iowa home during a snowstorm... 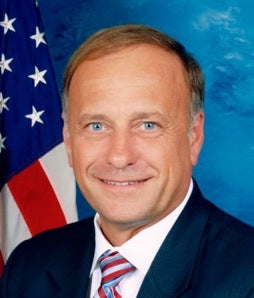 When U.S. Rep. Steve King found a raccoon trying to chew into his rural Western Iowa home during a snowstorm last week, he reacted like most folks who live out in the country and away from the city.

He grabbed the closest and most familiar firearm and preceded to dispatch the troublesome critter, which he thought might be rabid because of its bizarre behavior during the middle of the day.

Rep. King’s “most handy gun” turned out to be a .45 ACP Desert Eagle 1911 pistol, a popular firearm and caliber for personal and home protection.

Perhaps the congressman was a tad bit over-gunned for the pesky varmint, but it served the purpose, quickly and decisively.

Later, the 4-term Republican from Kiron, Iowa wrote about the incident on Twitter:

Once King’s “tweet” began circulating among his constituents, it wasn’t long before political bloggers began commenting. It was just a matter of time before raccoon-loving, publicity-seeking, animal-rights advocates started wailing and moaning about the congressman’s preferred method of pest control.

“It doesn’t give you comfort in your representatives when a member of Congress finds it amusing to boast of shooting a desperately cold animal who is 100 times smaller than he is and whose only misstep was trying to get into a large, warm house,” Jaime Zalac, a PETA spokeswoman, said a written statement provided to FoxNews.com.

Not surprisingly, Rep. King–who has received a consistent “A” Rating from the National Rifle Association throughout his congressional career–stood his ground.

“That crazy coon ran up against ‘a man’s home is his castle’ and this man’s castle won. But if it had been PETA volunteers outside in the middle of a blizzard, I’d like to think they would have rang the doorbell, instead of trying to claw into the house. And I would have given them shelter for the night and served them bacon and eggs the next morning,” King said in a statement.