Like many other states currently dealing with sharp declines in historic bobwhite quail populations, Pennsylvania is looking at ways to... 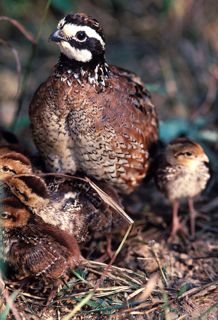 Like many other states currently dealing with sharp declines in historic bobwhite quail populations, Pennsylvania is looking at ways to help the species rebound to its former levels. And last week, the state Board of Game Commissioners took a rather drastic step toward that end, giving preliminary approval to a closure of the bobwhite quail season statewide beginning with the 2010-11 seasons.

Under the proposal, quail could be hunted only on regulated hunting grounds, and hunters would be allowed to release pen-raised quail for hunting on public and private lands by permit.

“We have significant evidence that bobwhite quail populations have declined dramatically in the state since 1966,” said Carl G. Roe, Game Commission executive director. “We also are concerned that the continued release of pen-reared bobwhite quail may have negative impacts on remaining isolated quail populations. The first step toward recovery of the Northern Bobwhite is to close the season statewide.”

“Given the diminished status of wild quail populations, and our ongoing work to complete and implement a bobwhite quail management plan, we believe the timing is appropriate to close the quail season,” Roe said.