Animals To Get Lawyers

Picture this: You’ve caught and landed your first Northern pike exceeding the magic 40-inch mark. It wasn’t easy, though, as... 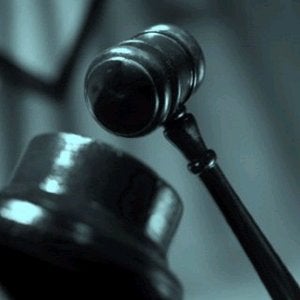 Picture this: You’ve caught and landed your first Northern pike exceeding the magic 40-inch mark. It wasn’t easy, though, as the behemoth put up a respectable battle, and it took you more than 10 minutes to finally get it into the net.

You’re understandably proud of your angling achievement, and you posted the photos of the fish and details of the catch on your blog.

Days later, you receive a phone call from a person identifying himself as the state-appointed attorney for the pike, and he says you’re being charged with cruel and inhumane treatment of an animal because of the extended fight.

The country with the world’s most extreme existing animal-protection laws is poised to become even more radical next month as voters will decide whether attorneys should be appointed by the state to defend animals in alleged human abuse cases. The animal-right group Swiss Animal Protection qualified the issue by gathering the necessary 100,000 petition signatures to require a nationwide vote on March 7.

The measure is opposed by the Swiss government as well as the Swiss Farming Association.

Longtime followers of the Outdoor Life Newshound may recall reading about the Swiss ban on catch and release fishing, which became effective Sept. 1, 2008. The sweeping animal protection laws implemented on that date by the Swiss government also required all anglers to immediately–and humanely–dispatch every fish they catch. Angling with live bait was also prohibited under the law.

In addition, Swiss dog owners are required by law to attend special classes on raising canines so their pets will be less likely to learn bad behavior, like biting. And Swiss swine-raising operations are mandated to provide showers for their pigs.

If it weren’t real, you’d swear it was fiction.

And yes, earlier this month he represented a deceased pike, alleging the angler tortured the fish because he fought it for 10 minutes.

Fortunately, the angler was acquitted.

In an international wire story documenting the case, the attorney was asked why he represented the fish.

“It’s the same reason why a prosecutor goes after a murderer: to make sure that people are suitably punished for their crimes,” responded Goetschel, who was described as a flamboyant vegetarian.