Last week’s initial surge in discussion about Elana Kagan’s nomination to the Supreme Court primarily focused on how little is... 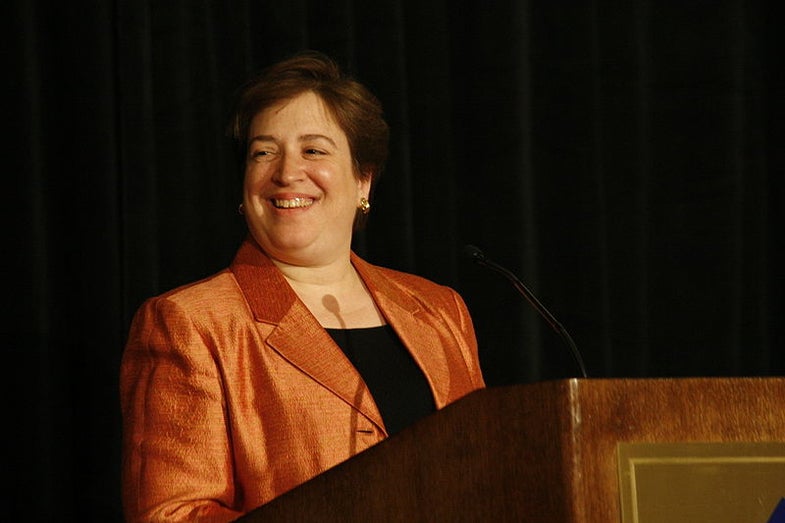 Last week’s initial surge in discussion about Elana Kagan’s nomination to the Supreme Court primarily focused on how little is known about a lifelong attorney who could become the nation’s most pivotal justice for the rest of her life.

What has followed in the wake of President’s Barack Obama’s May 10 Kagan nomination is speculation about how, among other things, her longstanding friendship with Obama influenced the selection.

After all, if you are a president with a leftist ideology constrained by the concessions inherent in a bipartisan legislative process, you will leave your mark — so to speak — by rigging the judicial system to reflect your ambitions when executive privilege presents you with the opportunity to do so.

Therefore, it is naive to believe that Obama would nominate a candidate for the Supreme Court unless he was confident her views reflect his.

Of course, as history reveals, Supreme Court justices have surprised their presidential sponsors before — remember, Gerald Ford nominated John Paul Stephens in 1975 to the Supreme Court, following his appointment by Richard Nixon to the Seventh Circuit Court, after a 30-year history of decisions that gave no inclination that he would gradually become the bench’s leading liberal.

For more, go to:
– Kagan Was eNot Sympathetici as Law Clerk to Gun-Rights Argument;
– Scoring Elena: NRA Sizes Up Candidateis Record on Guns;
– Memorandum on importation of modified semi-automatic assault-type rifles;
– Kaganis Powers of Persuasion Would Be Tested on Supreme Court;
– A Supreme Choice;
– Whelan distorts Kagan’s SG record to claim that she is an ideologue;
– What are Elena Kagan’s views on Second Amendment?;
– Supreme Court nominee finds no fault with Heller decision;
– Why Ultra-Liberal Obama Needs Kagan On the Court;
– Conservatives get ready for Kagan;
– Kagan should be asked about Second Amendment, Thune says;
– Kagan’s Inaction on Second Amendment Case Raises Questions;
– Kagan Bad on Guns;
– Drudge “not sympathetic” to the facts on Kagan’s gun-rights record;
– Elena Kaganis Opposition to Gun Rights;
– Scalia agrees with Kagan that Second Amendment rights are “not unlimited”;