Guns Stolen? Never Give Up!

Though it can be devastating for many gun owners, somewhere or sometime over the course of their lives, one or... 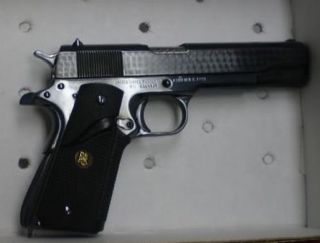 Though it can be devastating for many gun owners, somewhere or sometime over the course of their lives, one or more of their cherished guns may be tragically lost in a home burglary or theft.

The story of the successful recovery of a firearm taken during a 1970 burglary and returned to an Oregon man this week conveys a valuable lesson to those who have been victimized by gun theft: don’t give up and remain vigilant!

The .45 caliber Remington 1911, stolen from a Clackamas, Ore home along with other guns, jewelry and artwork just short of 40 years ago, was recovered by a Los Angeles Police Department detective during a gang-related arrest April 12. And this week, it was returned to its grateful owner, retired dentist Dr. Warren Schafer, now 90 years old.

Dr. Schafer was reunited with his classic pistol due in great part to his diligence in maintaining serial number records of all his firearms. Additionally, when he received a letter from the Oregon State Police each year asking if he wanted to keeping listing his missing guns in the state’s database, he always replied to the affirmative.

“I tell them, ‘Hell yes!’ It doesn’t cost me a thing, and see, it works!” he told the Oregonian newspaper this week.

So, Dr. Schafer’s perseverance paid off, albeit after 40 long years.