How to Stay Married

On the long list of things a husband should share with his wife, here at the Newshound we’ve just added... 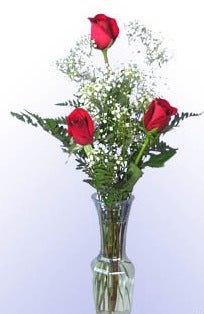 On the long list of things a husband should share with his wife, here at the Newshound we’ve just added one extremely important new item specifically for the male owners of personal-protection firearms.

As soon as he purchases a new handgun, it’s likely that the first thing a Georgia man will do is inform his wife where he intends to hide it.

If he wants to wants to stay married, that is.

The 58-year-old from Athens told authorities this week that his wife apparently threw his Glock semi-auto pistol out with the trash after she emptied the wastebasket beneath his paper shredder where the handgun was stashed without her knowledge.

The Athens-Clarke Police Department reported that the couple notified the company that picks up their trash to be on the lookout for the pistol.

But, they’re not holding their breath.

Despite the oversight, we think the man (who was not named in a report by the Athens Banner-Herald) should take full responsibility for the loss and consider himself fortunate that his wife actually empties the trash.

Some flowers probably wouldn’t hurt, either.