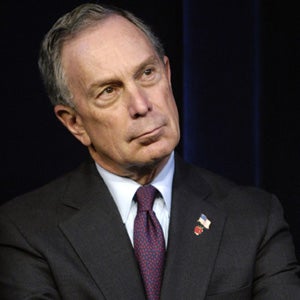 Once again, it didn’t take New York City Mayor Michael Bloomberg long to exploit a failed terrorist attack to advance his own agenda.

Of course, who can disagree with that? It sounds, as Bloomberg said, like “common sense” to deny those identified by the FBI as “dangerous terrorists,” and placed on a terror watchlist, the right to purchase firearms.

Unfortunately, as the NRA notes, this bill would do nothing to deny “dangerous terrorists” from legally purchasing firearms. What it would do, the NRA says, is “give the executive branch of the federal government the arbitrary power to stop loyal Americans from exercising their constitutionally-protected right to keep and bear arms.”

Because, as Sen. Susan Collins (R-Maine) told Bloomberg, many people on the FBI’s watchlist don’t belong there. The vast majority of people on that list are Americans with no criminal history but who are outspoken critics of the government.

“None of us wants a terrorist to be able to purchase a gun, but neither should we want to infringe upon a Constitutional right of law-abiding Americans,” Collins said.

The bill is an instrument of those who would ban guns altogether, said Sen. Lindsay Graham (R-SC). “We’re talking about a constitutional right here,” he said, explaining that he could not support a bill that would force “innocent Americans” to “pay the cost of going to court to get their gun rights back.”