Saginaw County (Mich.) Sheriff William L. Federspiel had something of an epiphany while driving to work one recent morning and... 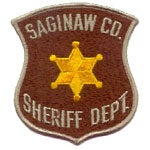 Saginaw County (Mich.) Sheriff William L. Federspiel had something of an epiphany while driving to work one recent morning and seeing the roadside littered with animal carcasses–skunks, deer, and raccoons.

“Just nasty creatures rotting on the side of the road,” he told the Saginaw News. “It’s just not real pleasant.”

Inspired, the sheriff decided to create a “Dead Carcasses Patrol Unit” comprised of jail inmates to help keep the roads clean and roadkill-free. Beginning this past Monday, a jail inmate crew, wearing goggles and latex gloves, began picking up dead animals on or along roadways and hauling them away to the local landfill.

Now, we don’t know if Sheriff Federspiel purposely titled the unit with a name that forms an acronym ending with the letters, “P-U,” but we think it’s especially appropriate for a county roadkill patrol.

Anyway, the sheriff says that each Monday from now on, a two- to three-man volunteer inmate crew will be dispatched to area roadways to keep the county as pristine and free of dead critters as possible.

Asked if he thought he’d have a problem finding volunteers to shovel bloated skunks off steamy blacktop shoulders in the middle of July, Federspiel responded with confidence.