Here at the Outdoor Life Newshound, we’ve written it before we’ll probably (unfortunately) write it again: Poachers and game-law violators... 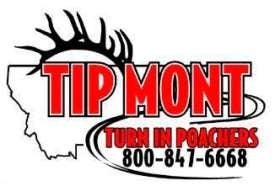 Here at the Outdoor Life Newshound, we’ve written it before we’ll probably (unfortunately) write it again: Poachers and game-law violators are not the sharpest tools in the shed.

Our most recent example of this premise is Paul Harvey III of Grants Pass, Ore., who was sentenced late in April after pleading guilty to felony unlawful possession of game animals and misdemeanor unlawful alteration of a hunting license.

An anonymous tip originally led authorities with Montana Fish, Wildlife and Parks to a Website where Harvey posted photographs of himself and his father posing with rifles and numerous dead deer. By tracing a license plate number on an ATV in one of the photos, Warden Brian Sommers was able to identify Harvey’s father, Paul, Jr. and his home near Trout Creek, Mont.

Further investigative work revealed that while the younger Harvey had purchased Montana deer and elk licenses in the late 1980s, from 1996 through 2007 he continued hunting without licenses–taking seven deer and two elk illegally.

Evidence in the case was obtained by searches conducted by Warden Sommers, the U.S. Fish and Wildlife Service and the Oregon State Police at the homes in Trout Creek and Grants Pass in 2008.

The younger Harvey was fined $50, ordered to pay $10,000 restitution and lost his hunting privileges for five years. Paul Harvey Jr. pleaded guilty to felony unlawful possession of game animals by accountability, and a misdemeanor charge of unlawful alteration or use of a license. He was ordered to pay $5,000 in restitution and lost his hunting, fishing and trapping privileges for five years.

So, not only does the case further prove that poachers aren’t rocket scientists, there’s also that adage about the apple not falling far from the tree…