Asian Carp a Looming Disaster For the Great Lakes

As millions of gallons of oil continue to spill into the Gulf of Mexico, another potential ecological disaster is now... 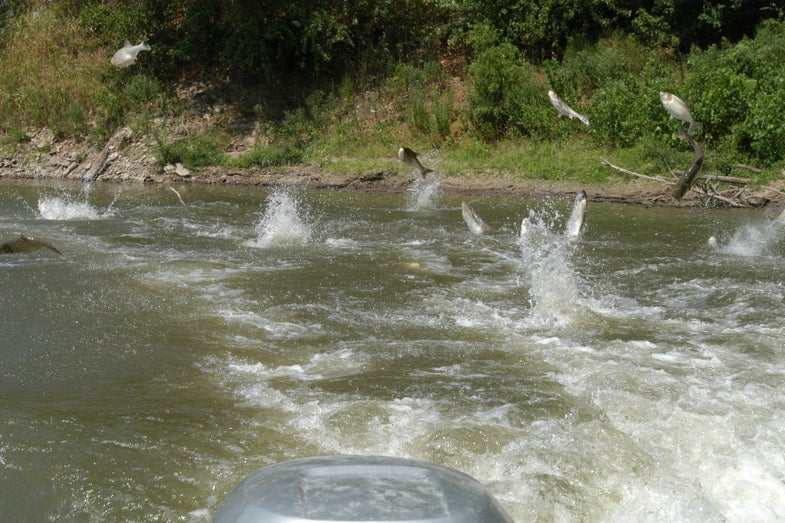 As millions of gallons of oil continue to spill into the Gulf of Mexico, another potential ecological disaster is now looming at the other end of the Mississippi River.

A 19.6-pound bighead Asian carp was caught in a fishing net just six miles away from Lake Michigan. The fish was found beyond the million-dollar electrical barriers that officials hoped would stop the invasive species from reaching the Great Lakes, the New York Times reported.

This is the first time an Asian carp has ever been found in the Great Lakes system, and it could be an ominous sign of things to come. Asian carp eat about 40 percent of their body weight daily and can grow up to 100 pounds in size, posing a serious threat to the $7 billion regional fishing industry. The fish have already done serious damage to fisheries in the Upper Mississippi region.

“Asian carp are like cockroaches; when you see one you know it’s accompanied by many more you don’t see,” Henry Henderson of the Natural Resources Defense Council told the New York Times.

The carp that was caught near Lake Michigan is being studied by scientists to determine its age in hopes of finding out how long it could have been in the Great Lakes.

Among other methods of trying to stop the invasion, officials have proposed cutting off the waterway that connects the Mississippi River and Lake Michigan. But federal authorities and the top brass from Illinois oppose that plan because it would kill the commerce that travels along that route.

The carp are known for jumping out of the water at the sound of boat motors and some boaters have even been knocked unconscious by the high-flying fish. Outdoorsmen have done their best to help exterminate the fish by setting up Asian carp archery shoots along the Mississippi River.

But at this point, it appears that even backwoods ingenuity might not be enough.