Another Coyote Attack in Nova Scotia

A teenage girl was attacked by a coyote while she was sleeping in a national park campground in Nova Scotia... 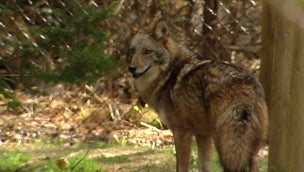 A teenage girl was attacked by a coyote while she was sleeping in a national park campground in Nova Scotia on Monday morning. The park, called Cape Brenton Highlands National Park, was the same location two coyotes attacked and killed 19-year-old singer Taylor Mitchell last fall. That attack marked the first recorded time a coyote has killed ever killed an adult.

In the most recent attack, the girl received two gashes in her head from being bitten and was treated at a local hospital. Luckily, she is expected to make a full recovery.

“It’s difficult for us to say exactly what happened. It doesn’t appear that the bite was provoked by anything the person did,” Derek Quann, resource conservation manager with Parks Canada told CBC News. “It’s important to mention that she was in a sleeping bag outside of her tent, close to the tent, when this occurred.”

The two coyotes from the Mitchell attack last fall were eventually killed by park officials, however there were thought to be five or six coyotes in the area at the time of the attack. It’s possible that one of these coyotes mauled the teenage girl on Monday. Park officials are warning hikers about the aggressive coyote behavior and instructing them how to avoid the attack.

To deal with the recent coyote problem, Nova Scotia has 15 trappers on call at all times to deal with problem coyotes and the government is going to pay $20 per pelt when the coyote hunting season starts in October. Currently, there are an about 8,000 coyotes in Nova Scotia, and officials think that the population could be cut in half by spring.

While coyote attacks are fairly uncommon, coyotes have become an increasing problem over the last few decades in both rural and urban areas. They kill livestock, eat pets and devastate game populations. In the U.S., government agents kill about 90,000 problem coyotes each year.