A recent article by Doug Olander of Sport Fishing Magazine has uncovered one of the most heinous and misguided attacks... 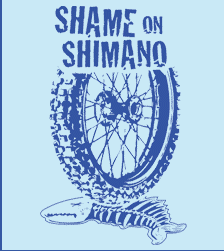 A recent article by Doug Olander of Sport Fishing Magazine has uncovered one of the most heinous and misguided attacks on the recreational fishing industry in recent memory.

Olander’s piece is about Shame on Shimano, a campaign that started earlier this summer and is backed by the Natural Resources Defense Council. And what exactly is the campaign’s claim? Shame on Shimano says that the tackle company is out to destroy the oceans.

Here’s a quote from the campaign’s website: “Shimano continues to spread lies about the effects of the MLPA. They call it ‘an example to be avoided.’ But science consistently shows that overfishing is one of the causes of the decline of fish and other biologically important species.”

The campaign is referring to the Marine Life Protection Act, which has been enacted in California. Shimano’s main beef with the MLPA is a legitimate one. The MLPA has forced closures in certain recreational fishing areas without proper scientific support. And Shimano isn’t alone; it’s just one member of a larger alliance from the recreational fishing community that is pushing for improvements of the MLPA.

But the environmentalists have singled out Shimano. Here’s another quote from the campaign: “Disguised by its ‘greenwashing’ campaign, Shimano is helping to finance a million-dollar campaign of deception aimed at preventing the protection of fragile ocean habitat off the California coast and at the federal level.”

Shame on Shimano makes it look like Shimano is out to squash legislation that would save the oceans, when in fact, that legislation is already in place and Shimano only wants to improve its implementation. Also, while it is true that “overfishing is one of the causes of the decline of fish,” most of the damage comes from commercial fishing, not recreational fishing.

So why the smear campaign? Why go after Shimao when there are so many other players also involved? Well, as Olander describes, it’s because Shimano also manufacturers bicycle equipment. It would be frivolous for Shame on Shimano to try to spread its propaganda among the angling community, since most fishermen know that Shimano is known for greatly contributing to fisheries conservation. But most of the cycling community is less knowledgeable about Shimano as a tackle manufacturer.

So, keep on cranking your Shimano reel, and if you know any cyclists, don’t let them trade in their Shimano gear just yet.