November is a little more than two months away and two important seasons are around the corner: hunting season and... 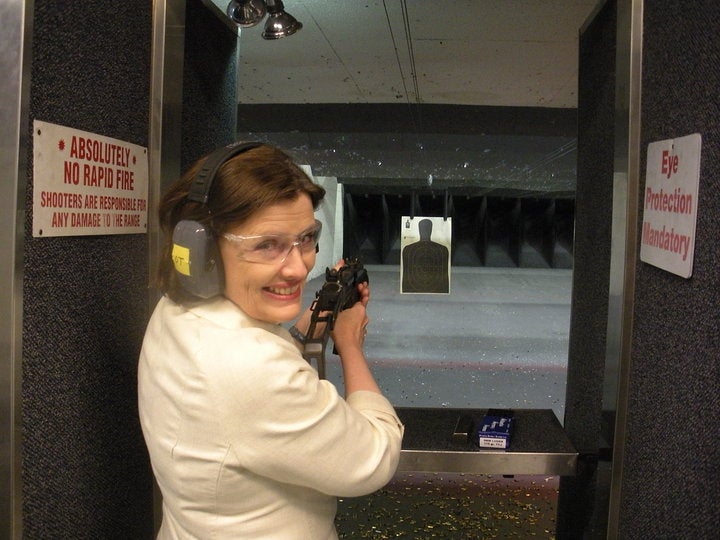 November is a little more than two months away and two important seasons are around the corner: hunting season and election season. This fall, you can expect to see those two seasons get mixed together. Maybe it’s being fueled by the Tea Party movement, maybe candidates want to appear tough in a time of need, or maybe Sarah Pain set the trend, but either way, more and more politicians are donning camo and toting guns in their campaign advertisements.

Here’s quick list of candidates recently promoting themselves as gun and hunting advocates, According to NPR:

-Lou Ann Zelenik, a Republican congressional candidate from Tennessee, posted this picture on her Facebook page.

-Jesse Kelly, a Republican U.S. House of Representatives hopeful from Arizona, held an assault rifle in his political adds.

-Russ Carnahan, Democratic congressman from Missouri, was photographed shooting a handgun for a local newspaper.

– Pamela Gorman, a Republican candidate for Congress in Arizona, made an online video where she shoots four different guns.

-Dale Peterson ran for the Commissioner of Agriculture nomination and shouldered a lever-action rifle in his ads. (He did not win the nomination).

It seems that now it’s in-style to be a gun owner on both sides of the aisle. This is a good sign for hunters and shooters. The fact that politicians are shooting guns in their campaign ads doesn’t necessarily mean they are gun advocates (more about this later), but it does show that hunters and shooters are a powerful voting bloc that politicians are willing to pander to.

Also since both Republicans and Democrats are heading to the shooting range, theoretically, you should be able to find a gun-supporting candidate whether you like to vote right or left.

But voters beware; a lot of these candidates could very well be phonies in shooter’s clothing. You only have to look back a few years to know that when a politician puts on camouflage, he might be trying to hide from more than just game.

In 2004, presidential candidate John Kerry went on a photographed goose hunt to show that he was a sportsman in hopes of gaining votes in the Midwest. But Kerry had a history of voting against guns and sounded ridiculous when he talked about deer hunting (he was quoted describing how he would take out his shotgun and crawl around on his belly after deer in the Vermont woods). Kerry was quickly unveiled as a fraud.

Similarly, democratic U.S. Senate candidate Kathy Karpan made a television ad in 1996 where she was hunting ducks, but it was later discovered that the “hunt” was staged in a park.

So what’s the takeaway message here? Look into a candidate’s voting record on guns and hunting issues before you head to the polls.