For any hunter of the Western states who tries year-after-year to draw a big game permit for a coveted elk... 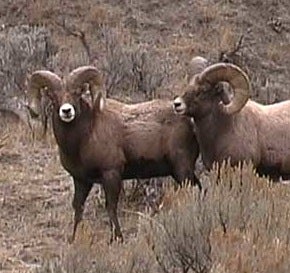 For any hunter of the Western states who tries year-after-year to draw a big game permit for a coveted elk area or a once-in-a-lifetime species hunt, here’s the feel-good story of the day.

Fred Riggs, a lifelong hunter who has lived in Oregon since the 1930s, didn’t even apply for a bighorn ram permit until he was 83 years old because he figured the odds were against him. This year, on his second try, Riggs, now 84, hit paydirt, receiving one of the Lookout Mountain unit’s two annual tags.

“I put a little honey on (my application) and it stuck to someone’s finger,” Riggs said of his good fortune and getting drawn for the once-in-lifetime tag.

Riggs’ hunt, in a unit south of Richland and not far from Hell’s Canyon on the Snake River, runs from Aug. 28 through Sept. 8.

Reporter Jayson Jacoby writes in the Baker City Herald that a successful hunt would make for a fine culmination to Riggs’ long life enjoying the outdoors.

He began hunting with his own rifle and providing meat for his family at age 12. In the ensuing 70-plus years, he only missed two hunting seasons, both while serving in the U.S. Army during the final two years of World War II, first in the Philippines, then in Japan.

For the most part, Riggs hunted Baker County’s plentiful deer and elk, along with a couple of successful moose hunts in British Columbia.

When he heads into the rugged Eastern Oregon backcountry this weekend, Riggs said he’d be carrying his tried-and true 30.06 rifle.

And we bet he’ll be savoring every minute of it.