Bears on a Rampage … In Florida?

As black bears continue to expand their range across the country, suburbanites are learning what it’s like to live with... 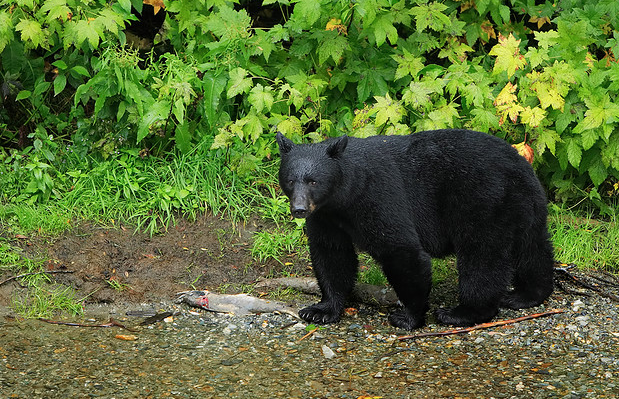 As black bears continue to expand their range across the country, suburbanites are learning what it’s like to live with the mischievous creatures. But the first introductions have not always been pleasant.

This week a family house cat was allegedly killed by a black bear in a suburb south of Orlando, according to local news site clickerlando.com.

“(A bear) killed my cat. My kids found (the cat) while they were playing football in this field. (The cat) was mutilated,” Marjie Abed told the site.

“I’m just thankful it’s not a person,” another neighbor said. Apparently this isn’t the first incident in the neighborhood. Locals have seen bears taking strolls around town and sometimes “acting aggressively.” Some parents are even afraid to let their kids outside to play. According to the story, families called authorities three months ago about the bear problem, but haven’t gotten any help.

This story makes it seem like black bears are running amuck, gobbling up pets and threatening kids. But really, the bears are just doing what bears do. Country folks in states that have large bear populations like Wisconsin or Michigan will probably chuckle at this story, because they’ve lived with bears forever and they know that one dead cat doesn’t make a news story. Likewise, a couple bears poking around the neighborhood doesn’t suggest a hostile takeover.

The difference here is most Floridians aren’t use to sharing their space (or their pets) with bears. Only About 2,000 bears live in the Sunshine State, and there has never been a confirmed black bear attack on a human in Florida.

So for any suburbanites worried about their newfound bear problems, here are some tips: 1) keep your garbage locked up 2) keep an eye on your pets, especially if they are small 3) stay away from mama and her cubs 4) whatever you do, do not feed the bears 5) make sure to vote in favor of hunting seasons if the opportunity arises.