Burial at Sea? Who Knew?

Let’s see a show of hands from those who knew that a burial at sea remains a viable and legal... 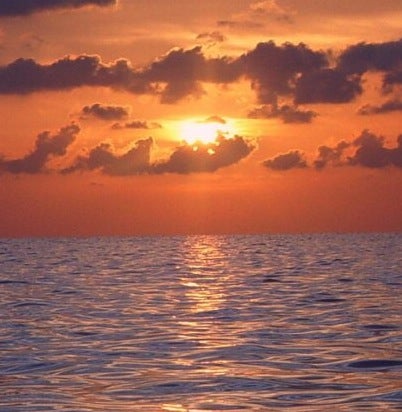 Let’s see a show of hands from those who knew that a burial at sea remains a viable and legal option for an individual who wishes to send off the non-cremated remains of a dearly beloved. Anyone?

In accordance with his final wishes, when Daniel Lasky, 48, of Hickory, NC died earlier this month of Lou Gehrig’s disease, his family put his body on dry ice, drove it to South Florida, chartered a boat, said their goodbyes and released him into the sea. Family members then fished for a spell in Lasky’s memory before returning to shore.

A day later, a fisherman spotted Lasky’s body about 4 1/2 miles off Port Everglades and contacted the U.S. Coast Guard.

Now the Broward County Sheriff’s office is conferring with the Coast Guard to determine whether any burial laws were violated, according to a report in the South Florida Sun-Sentinel.

While cremated remains often are scattered at sea, full-body burials are uncommon and highly regulated. Under U.S. Environmental Protection Agency regulations, the body must be in a coffin of non-corrosive metal that weighs four times the individual’s body weight, to ensure the body sinks to the bottom “rapidly and permanently.”

In addition, EPA rules require that humans who are not cremated must be buried at least three nautical miles from land in water at least 600 feet deep.

Gary Collin, the EPA’s burial-at sea-coordinator for the Southeastern District in Atlanta, says his office handles three or four sea burials each year.

The initial investigation indicates that while Lasky’s body was weighted down, it was apparently not enough to keep it from resurfacing.

“Clearly what they were doing was trying to honor the wishes of their loved one,” said Veda Coleman-Wright, spokeswoman for the Broward Sheriff’s Office.

Might we respectfully suggest the cremation/ashes approach for burials at sea. If nothing else, it saves on the cost of all that dry ice.