To Kill a Wolf

To say that we all saw this one coming would be a gross understatement. Following a federal court ruling in... 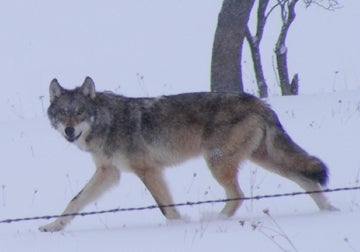 To say that we all saw this one coming would be a gross understatement.

Various proposals would gas wolf pups in their dens, surgically sterilize adult wolves and allow “conservation” or “research” hunts to drive down wolf numbers, according to a report from the Associated Press.

Problem wolves are regularly shot from the air, but now wildlife officials are considering more drastic measures, like burying wolf cubs in their dens and then killing them by pumping in carbon monoxide. Another option is capturing wolves, sterilizing them and then releasing them.

“As the wolf populations increase, the depredations increase and the number of wolf removals will increase. It’s very logical,” Mark Collinge, Idaho director for Wildlife Services, told the Associated Press last week. “You just have to accept that part of having wolves is having to kill wolves.”

Hopefully the environmental groups that sued to put wolves back on the endangered species list learn from this. By filing and winning their lawsuit they saved wolves from a hunting season, but they’ve forced the hand of wildlife officials and now wolves will be sniped from planes, poisoned and sterilized.

Environmentalists who are really worried about wolves’ welfare should want us to hunt them. Maybe it’s romanticizing to believe that wolves care how they are killed, but I like to think that the wolf packs in the West would rather take their chances in a fair-chase hunt. In a hunt, wolves get to use all of their natural-born instincts and they actually have a chance to get away. The strongest and most cunning wolves will escape hunters, survive and reproduce.

This is how nature works, and anyone who has observed a wolf in the wild knows that the wolf understands this process. Wolves live a violent existence and their life revolves around the predator and prey game. They must hunt to survive and they don’t hesitate to kill, and even eat, each other. In fact, the number one wolf killer besides humans is other wolves.

But thanks to environmental groups, wolves in the West are now condemned to be systematically eliminated by federal agents. No chance to escape, no chance to fight back, no chance to live and die naturally as they have for thousands of years.

Meanwhile, in the Great Lakes region, federal wildlife agencies are once again trying to remove wolves from the endangered species list and possibly open the door for a wolf hunt. There are more than 4,000 wolves in the region which includes Minnesota, Wisconsin and Michigan.

Let’s hope, for the wolf’s sake, that some of these environmental groups wise up and call off their lawyers.