An efficiency report prepared for the City of Tulsa suggests the police department there could make a substantial profit by... 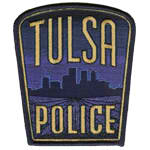 An efficiency report prepared for the City of Tulsa suggests the police department there could make a substantial profit by auctioning confiscated guns to licensed firearms dealers instead of melting them down into scrap metal, as it has each year since 1987.

Sound like a no-brainer? One would think so, especially during times of tight municipal budgets and heightened fiscal awareness.

According to Tulsa Police Capt. Jonathan Brooks, in the last five years 6,885 firearms seized by Tulsa’s finest have been melted down, at a cost of $80,000 annually–totaling $400,000 for the past five years alone. The department coordinates the melting process with the Oklahoma State Bureau of Investigation to “save on costs,” according to a report in the Tulsa World last week.

Prior to the late 1980s, the City of Tulsa sold those salvageable firearms seized by the police department, a practice ended during the tenure of Chief Drew Diamond, who instituted the melt-down policy in a politically inspired effort to “remove firearms from the streets.” Diamond’s policy has remained in place for more than 20 years.

In response to the report’s recommendation, city and police officials say the auction of confiscated guns would be implemented guardedly, if approved. In the interim, the change must be OK’d as part of an evaluation process by the newly formed Management Review Office.

An openly cautious Tulsa Mayoral Chief of Staff Terry Simonson said the city would have to engage in “serious conversation” about whether the policy should be changed back to its pre-1987 status, while admitting the recommendation makes good fiscal sense.

“What (KPMG) is essentially saying is that we are destroying assets that could bring us revenue,” Simonson said, adding, “(but) anything like that would certainly need to have very strict controls to make sure the guns don’t wind up in the wrong hands.”