As more hunting seasons open up, more hunters will head out into the woods and chances for animal attacks increase.... 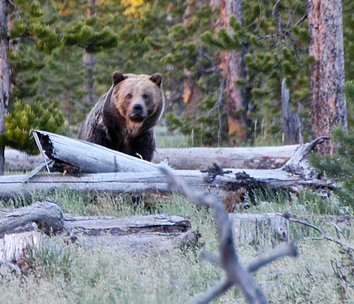 As more hunting seasons open up, more hunters will head out into the woods and chances for animal attacks increase. In the last week, two hunters learned this lesson first hand.

Last Sunday Matt Menge was out bowhunting in the Madison River drainage in Montana when he was ambushed by a grizzly bear, according to local newspaper the Madisonian. Menge was walking through thick timber when he heard some snapping and crunching coming his way.

Before he could get to his bear spray, the grizzly was on top of him. The attack was a short one and Menge survived the encounter with some lacerations, head injuries and a broken forearm according to the newspaper.

On the other side of the country in Maine, a black bear hunter was mauled by a 365-pound bear. Ryan Shepard, an experienced hunting guide, was hunting on Monday with some friends and their dogs when a big bear they were chasing doubled back and charged. It went after Shepard who was able to fire two shots from his .30-06 before the bear got to him, biting him in the leg and arm.

“It was all kind of a blur at that point,” Shepard told the Bangor Daily News. “It felt like 10 minutes, but I guess it was only a few minutes.”

Shepard survived the attack and was treated at a local hospital. The bear eventually died from Shepard’s shooting.

Black bears are not known for attacking hunters even when they’re provoked. According to the newspaper, only three people in the last 30 years have been injured by bears in Maine.

If you’re headed into bear country this fall carry bear spray, be extra cautious when field dressing game and avoid female bears with cubs if you can.