Two illegal aliens were arrested after attempting to load 127 pounds of processed marijuana into a truck they apparently thought... 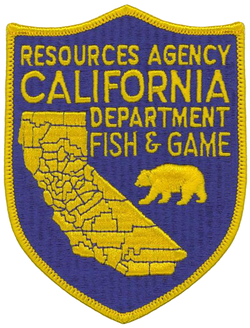 Two illegal aliens were arrested after attempting to load 127 pounds of processed marijuana into a truck they apparently thought belonged to their supplier as part of an after-dark backcountry rendezvous.

Unfortunately (for them) the vehicle was owned by the State of California and was being used by Department of Fish and Game wardens Scott Williams and Aaron Galwey, who were looking for deer poachers in the Shasta-Trinity National Forest Monday night.

According to a report in the Redding Searchlight newspaper, Williams and Galwey were able to detain and handcuff the men, one of whom was armed with a shotgun. Unfortunately, three other men escaped on foot.

The two were booked into Tehama County Jail. In addition to weapon and drug charges, the illegal immigrants also face deportation.

“Things unfolded so quickly that they immediately commanded them to keep their hands within view,” said DFG spokesman Pat Foy.

The seized marijuana–enough to fill four duffel bags and two sleeping bags–was processed and ready for sale, which led authorities to believe the pot growers were no amateurs.

“We’ll be keeping an eye out for them,” Foy said. “They’re presumably still in the forest, but they came out to meet their supplier, so there’s a chance they might be gone.”