Is it still hunting (and is it ethical) if it takes place within a fence? This question is being debated... 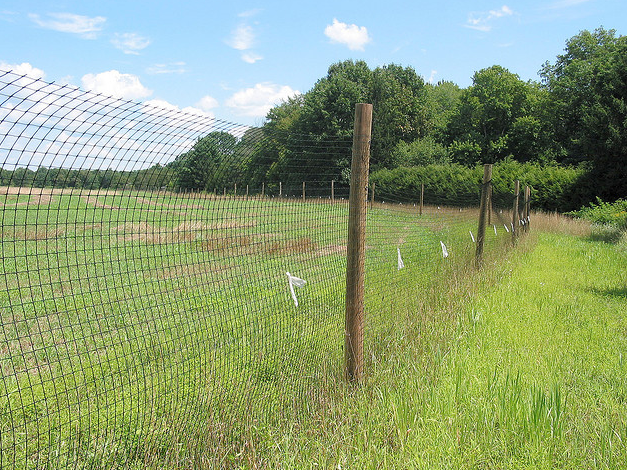 Is it still hunting (and is it ethical) if it takes place within a fence? This question is being debated across the country and will be posed to North Dakota voters this November.

Measure 2 on the General Election ballot gives North Dakotans the option to vote on outlawing the high-fence, “canned hunt” operations that have been popping up throughout the state. There are currently about 12. The issue is unusual because it is divisive within the hunting community.

On one side is North Dakota Hunters for Fair Chase (NDHFC), led by Roger Kaseman, who cringe at the thought of privately-owned hunting ranches where visitors pay thousands of dollars to hunt trophy animals that are fenced in.

NDHFC has been endorsed by Mule Deer Foundation, National Wildlife Fund and individuals such as Tony Dean, a local television figure, outdoorsmen and conservationist.

To get Measure 2 placed on this year’s ballot, Kaseman collected 13,860 signatures, almost 1,000 more than the minimum needed.

Opponents to the measure include the owners of these lucrative ranches and deer farmers who sell trophy animals. Numerous out-of-state supporters have donated to the campaign against the measure. This style of hunting appeals to busy, well-to-do outdoorsmen who don’t have time to spend weeks scouting but want to go on trophy hunt with high success rates. Despite their differing approaches and ethical views, these hunters are active members of the outdoors community and contribute significantly to the industry’s economy.

The measure has also stirred up controversy over property rights issues, as the private landowners insist they can do whatever they want on their land and that they are preserving the natural habitat.

In 2000, a Montana initiative outlawed similar operations. The case went to the 9th Circuit Court of Appeals and was eventually rejected by the United States Supreme Court.

When asked to explain his opposition to the high-fence ranches Kaseman said, “It’s not hunting, especially how they’re doing it here. The animals lose all fear of humans, and there are not enough acres are fenced in. In some of the fields, everything is within range of my .270.”

High-fence operations do not directly interfere with hunters who still wish to pursue wild deer on North Dakota’s public land, but Kaseman worries that they could someday.

“We don’t want North Dakota to turn into Texas,” said Kaseman, referring to the fact the majority of wildlife habitats in the southern state are controlled by private landowners.

The concept of democratic, fair-chase hunting and public land management is deeply ingrained in U.S. history. The Boone & Crocket Club, founded by Theodore Roosevelt in 1887, supports these ideals, defining fair chase as “The ethical, sportsmanlike, and lawful pursuit and taking of free-ranging wild game animals in a manner that does not give the hunter an improper or unfair advantage over the animal.” Animals killed on high-fence ranches often do not qualify for the organization’s trophy records.

If the measure passes, the landowners will retain their property, but will not be able to charge to let people hunt there. The large antlers on their land would lose their value, essentially putting the operations out of business.