Anyone who regularly hunts big game animals in the Western U.S. knows how frustrating the lottery-draw system can be, especially... 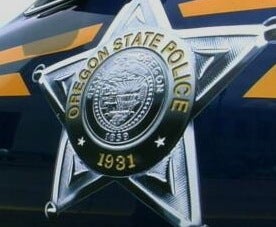 Anyone who regularly hunts big game animals in the Western U.S. knows how frustrating the lottery-draw system can be, especially after multiple years of applying unsuccessfully for limited elk and mule deer tags.

An Oregon man has been arrested for allegedly taking his apparent aggravation over his state’s hunting tag draw system to the extreme.

Leroy Arlow Anderson, 68, was indicted by a Clackamas County grand jury in August on two felony counts of identity theft for using the name of a friend’s deceased mother to apply for state deer- and elk-hunting tags. He was also charged with two misdemeanor counts of false application for a hunting license.

According to The Oregonian newspaper, Anderson was arraigned in Clackamas County District Court in late September.

The investigation into Anderson’s alleged hunting tag scheme began two years ago, when Oregon State Police Senior Trooper Kreg Coggins received information that a deceased woman’s name had been drawn for a rifle elk hunt in Northeast Oregon’s Snake River Unit. Upon further investigation, he subsequently learned the woman had died in 2006 at the age of 92.

Some more digging by the relentless trooper revealed the same name was used in 2007 to apply for “point savers,” a special waiting list used in drawings for tags to hunt in special units.