An October 21 plane crash in the Democratic Republic of Congo that killed twenty people onboard is now being blamed... 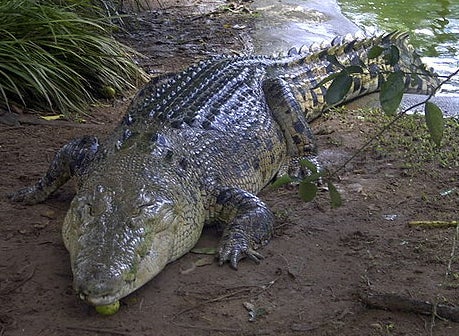 An October 21 plane crash in the Democratic Republic of Congo that killed twenty people onboard is now being blamed on an escaped crocodile.

An official statement by the news organization Jeune Afrique read, “According to the inquiry report and the testimony of the only survivor, the crash happened because of a panic sparked by the escape of a crocodile hidden in a sports bag.”

Why did the passenger have a crocodile in his sports bag? Because he hoped to sell it when he landed – duh!

It is believed that the escaped crocodile caused a stampede of frightened passengers toward the front of the small Czech-made Let L-410 Turbolet, causing the plane to dramatically dip forward. The pilot was unable to correct the imbalance and the plane crashed. All onboard, minus one passenger and the crocodile, died in the crash.

The crocodile was later killed by “being cut up with a machete.”

What do you think Outdoor Life readers; have you ever traveled on a plane with a crocodile? Ever whacked one up with a machete? Do airlines in the states need to start checking passengers for crocodiles in their bags?