As hunters, we have to accept that there is a certain amount of inherent risk involved our sport. After all,... 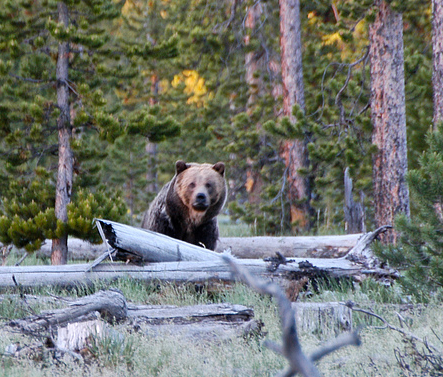 As hunters, we have to accept that there is a certain amount of inherent risk involved our sport. After all, we’re dealing with mother nature, and she can be as powerful as she is unpredictable.

Most hunters get this. Most of us understand that when we go afield we alone are responsible for our actions and their given consequences. But this isn’t always the case.

Virgil Massey, of Barstow, California, is suing a Montana guide and a church group following a tragic hunt he went on in 2007 — during the hunt he was mauled by a grizzly and lost his eye.

Massey’s guide left him on a ridge to watch for elk while he accompanied a second hunter who had killed a deer about 400 yards away. While Massey was looking for elk, he was attacked by a bear.

According to the Spokesman-Review, Massey is suing for past and future medical expenses as well as other damages. He argues that the outfitter did not give him proper training on how to deal with grizzlies or provide him with bear spray.

Massey is suing the church group, named Church Universal and Triumphant, because it owns the land he was hunting.

It’s always unfortunate when a sportsman gets injured and I wish the best for Massey, but unless there’s a lot more to this story that has gone unreported, his lawsuit seems frivolous.