A Chicago-area angler who has fraudulently used a resident Ontario fishing license for 17 years was recently outed by a... 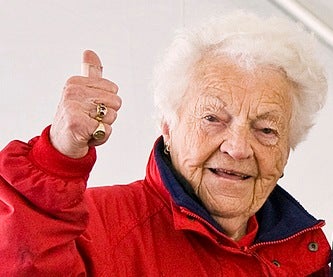 A Chicago-area angler who has fraudulently used a resident Ontario fishing license for 17 years was recently outed by a savvy conservation officer and last week was fined a total of $5,000 in a provincial Court of Justice.

And all because he couldn’t identify the 89-year-old Ontario icon, Mayor Hazel McCallion.

When Ministry of Natural Resources conservation officer Tim Neidenbach stopped Wojciech Rzepka for a routine boat inspection on Lac Seul, near Ear Falls on Aug. 20, the officer noticed the angler’s Ontario Outdoors Card and fishing tag identified him as a resident of the city of Mississauga, Ont.

The CO nonchalantly asked Rzepka the name of the mayor of Mississauga. When he couldn’t answer, the officer immediately presumed the man’s residency claim was in question. That’s because Neidenbach knew full well that not only has the white-haired, matriarchal Hazel McCallion been the mayor of Mississauga for the past 31 years, she is recognized by virtually everyone in Ontario, and an avid angler and tireless promoter of fishing.

Appearing before Justice of the Peace Robert McNally in Kenora, on Nov. 9, Rzepka, who is really a resident of Park Ridge, Ill., was fined $3,300 for three counts of possessing an invalid fishing license. He was also fined $850 for fishing without a license and $850 for making a false statement.

“I think he plans to pay the fine because he wants to come back up here to fish,” Neidenbach told the Canadian Press.

For the record, a resident Ontario fishing license with a valid Outdoors Ontario card normally costs $25. Non-residents must pay about $50.

The moral? Crime doesn’t pay; not even when the fine is in Canadian dollars.