The Tampa Tribune has reported a story that describes the true bond between a man and his dog. Tom Martino... 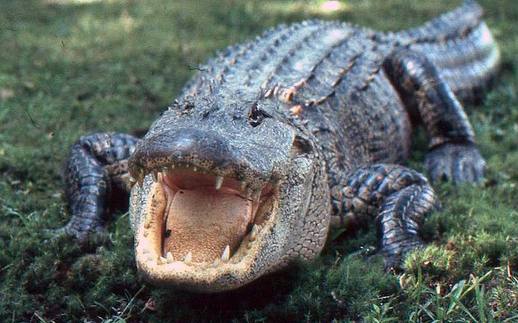 The Tampa Tribune has reported a story that describes the true bond between a man and his dog. Tom Martino was walking Lizabeth, his Jack Russell terrier, near the Hillsborough River in Florida when a six-foot four-inch alligator grabbed the dog.

Luckily Martino had a concealed and carry permit and started shooting at the water near the gator to scare it away. Martino was able to wrestle his dog away from the alligator.

To save his pet, he performed CPR on the nine-year-old terrier.

“She coughed up a bunch of water,” Martino told the Tribune. “I was scared. That’s my little baby.”

The paper reports that Lizabeth is in critical but stable condition at the Florida Veterinary Specialists in Tampa.

The gator was eventually trapped and removed from the river.

While not common, dog CPR has been performed with positive outcomes by a number of sportsmen over the years. Like human CPR, there are specific procedural points based on the size and weight of your dog. So what do you think Newshound readers? Would you fight off a gator and perform CPR to save your best four-legged friend?