A New Low Even For a Poacher

Regular readers of the Newshound blog during the past four years may recall dozens of references to the nefarious–and often... 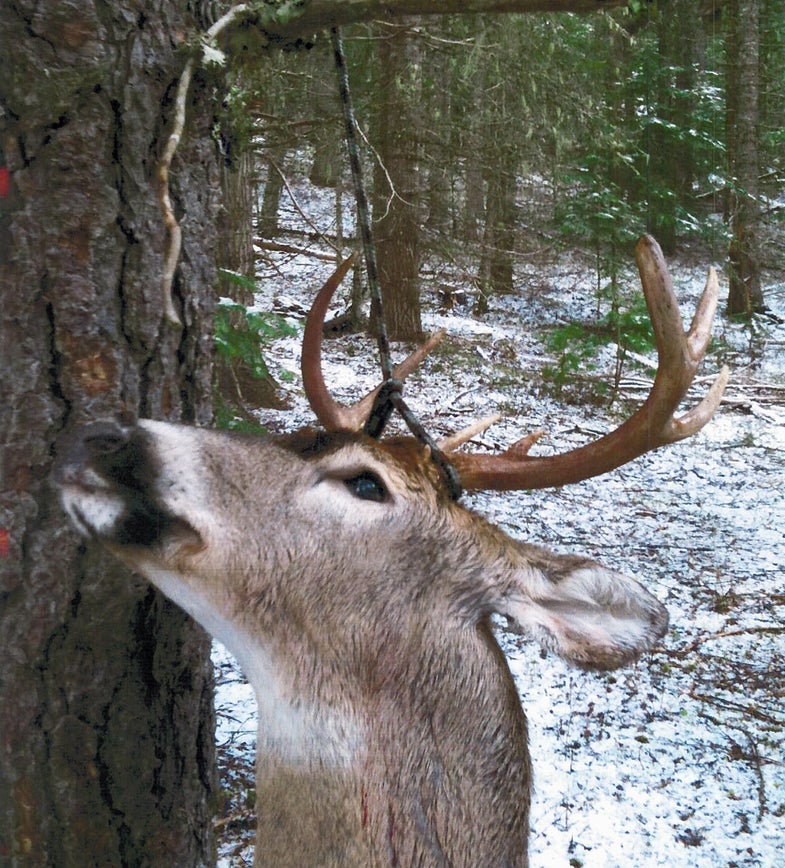 Regular readers of the Newshound blog during the past four years may recall dozens of references to the nefarious–and often the lame-brained–activities carried out by poachers and game law violators. But this week’s actions by an Idaho poacher are, hands-down, the most wicked and vindictive we’ve ever witnessed.

The Idaho Fish and Game Department reports it received a letter and photographs last Friday from someone who not only admitted poaching several big game animals, but also shamelessly taunted the agency.

“Here is a picture of the nice buck I poached up in northern Idaho this year. & I plan to do all my Idaho hunting like this from now on. & I’ll send a picture of my nice pronghorn next. Also my turkey.”

(Shown here is the whitetail buck photo that accompanied the letter.)

The letter, which was laced with expletives, was postmarked Everett, Wash, according to Fish and Game spokesman Ed Mitchell, who admitted it was very unusual.

“This is, in my memory, the only one of these we’ve ever gotten,” Ed Mitchell told the Idaho Mountain Express.

Mitchell says the department is hoping anyone with information about “Poacher X” will contact them by utilizing either the Idaho Citizens Against Poaching hotline at 1-800-632-5999 or on the agency’s website. Tipsters may remain anonymous and are eligible for rewards if information supplied is sufficient for a citation or a warrant to be issued.

Mitchell added that poachers are often caught from leads received from the public.

“Poacher folks tend to be the type of people with other problems,” he said. “They have angry girlfriends and ex-wives.”

Most sportsmen agree that all poachers are akin to bottom-feeders, but this crook’s actions are particularly egregious and spiteful. We look forward to reporting his arrest, conviction and sentencing here at The Outdoor Life Newshound.