For the second consecutive year, a poll conducted by one of the country’s most respected public opinion companies has found... 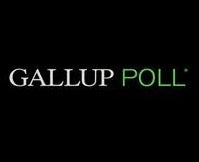 For the second consecutive year, a poll conducted by one of the country’s most respected public opinion companies has found that Americans’ support of additional firearms ownership restrictions remains at its lowest level in decades.

Gallup’s annual crime poll, conducted in October and made public this week, found a record-low 44 percent of Americans believe laws governing the sale of firearms should be made stricter, while 42 percent believe gun laws should be kept as they are now.

The results reflect identical percentages to those found by Gallup in its 2009 poll.

The prominent pollster reports that Americans’ support for stricter gun control laws has gradually declined during the last two decades, from 78 percent when this question was first asked in 1990, to 49 percent in 2008. As support for stricter gun laws has decreased, support for keeping gun laws as they are now has increased, from 17 percent in 1990 to 42 percent today. The percentage of Americans favoring less strict gun control laws has remained relatively stable over the last 20 years, Gallup says.

Prior to its 2009 poll, Gallup researchers consistently found a significantly higher percentage of Americans advocating stricter gun laws. Both the 2009 and 2010 polling found that 12 percent of Americans believe firearms laws should be less strict; the highest number Gallup has ever measured for this response.

Not surprisingly, the poll results indicate that the most significant differences in support for stricter gun laws break down along political lines. More than six in 10 Democrats and liberals favor stricter gun laws–compared with 31 percent and 26 percent among conservatives and Republicans, respectively.

Other groups expressing greater-than-average support for stricter gun laws include women, those living in the Eastern U.S., non-whites, those with postgraduate educations, and those living in households without guns.