As we prepare to turn our calendars forward to January 2011, several prominent American handgun manufacturers have already introduced new... 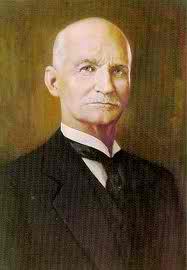 As we prepare to turn our calendars forward to January 2011, several prominent American handgun manufacturers have already introduced new commemorative models marking the historic 100-year anniversary of what is arguably the most famous, durable and imitated pistol design the world has ever known–the 1911.

And while the centennial of the 1911 handgun will be met with great anticipation by shooters, collectors and gun marketers alike, it is not passing unnoticed in the state of Utah, where its inventor, John Moses Browning, lived and worked in the late 19th and early 20th centuries.

Last week, Utah state representative Carl Wimmer (R-Herriman), announced he plans to introduce a measure to designate the Browning model 1911 as the Official State Firearm when the legislature convenes in January.

Rep. Wimmer, NRA Life Member, former police officer, and a certified instructor for Utah concealed weapons permits, said he believes it is fitting to honor the man who is responsible for creating a firearm that has been used by American soldiers in every global conflict since World War I.

“It would be very appropriate going into 2011 because it is the 100-year anniversary of the Browning model 1911,” Wimmer said. “It has a rich history. It was in every war from World War I to World War II, Korea, Vietnam and all the recent wars. It is still used by some military units and many police agencies.”

If Wimmer’s bill becomes law, Utah would be the first state in the country to have an official gun.

Widely considered a genius in his era, Browning’s most enduring legacy was the short recoil design behind the 1911 handgun, which remains the pre-eminent operating system in today’s semi-auto handguns, a century after it was first introduced.