Despite being dehydrated, sick and weakened from the repeated chemotherapy he was receiving for his prostate cancer, Lester Warner, 86,... 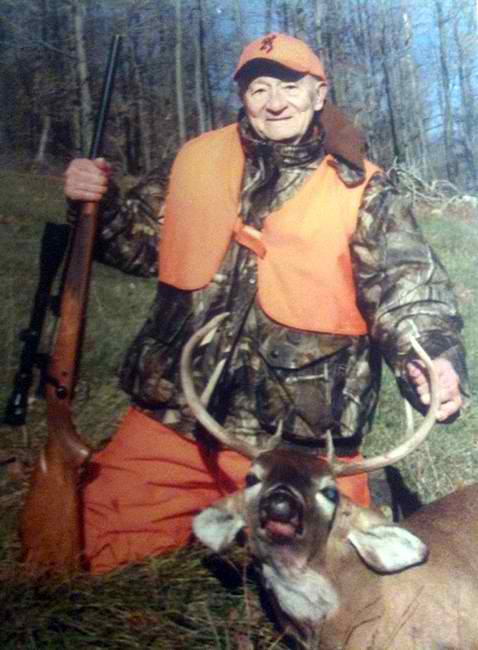 Despite being dehydrated, sick and weakened from the repeated chemotherapy he was receiving for his prostate cancer, Lester Warner, 86, insisted he was going deer hunting in Pennsylvania this year.

“He just assumed he would be going. We decided we were going to play along with it: ‘Yeah, we can’t wait for hunting season, Dad,'” Warner’s son, Brian told the York Daily Record newspaper.

Nearly three weeks after the family decided to end his chemo treatments, Lester began to rally–gaining strength with the help of a physical therapist–and Brian, 51, decided he’d better make plans to accommodate his octogenarian father for the Pennsylvania firearms deer season.

The junior Warner placed an old recliner in a shelter atop a mountain on his Huntington County farm so his dad could hunt in comparable comfort. Then, on opening day last week, the two were ready before sunrise.

And that’s when they spotted the wide-racked, 8-point buck.

“Well, shoot it!” Warner said to his son.

According to the newspaper report, Warner stood up from the recliner, took aim with his .243 Winchester, and calmly squeezed the trigger. A perfect shot.

Before he’d departed his Dover Township home for hunting that morning, Lester told Shirley, his wife of 53 years, that he was going on the last deer hunt of his life. That said, the 8-point buck with an 18-inch spread was the biggest and the best of the retired pretzel baker’s long life.

“It was a miracle,” said Mrs. Warner. “There’s no other explanation.”

“I know I’ve had many blessings through this situation,” he said. “Everything seems to be turning out well for me, and I know the Lord’s been with us.”

For the full story, go to the York Daily Record