It turns out that the U.S. isn’t the only country that is having a problem figuring out how to manage... 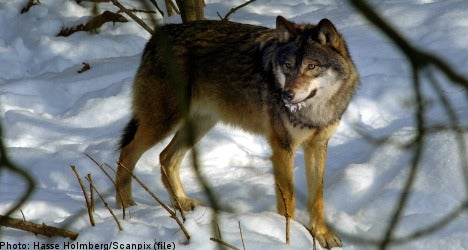 It turns out that the U.S. isn’t the only country that is having a problem figuring out how to manage its wolf population. Sweden has a few hundred wolves and had set up a hunt to cull 20 animals from the population in 2011.

Hunters were allowed to target wolves in Sweden for the first time in 46 years. But the hunt has been met with resistance from the European Union.

Both the licensed hunting of wolves and the set limit of the number of wolves in the country, as well as plans for the transfer of wolves from other countries, include elements that seem incompatible with EU rules for the conservation of predatory animals, EU Environment Commissioner, Janez Potocnik told The Local.

IF this argument seems familiar to you, it should. In the U.S. wolf hunts have been cancelled in the west because, among other things, Wyoming’s wolf management plan was deemed unacceptable. And in Sweden, like here in the U.S., environmental groups have put pressure on the government to cancel the hunts.

“We consider the hunt incompatible with EU law partly because it hampers the preservation of a vigorous wolf population. They are so seriously inbred and vulnerable, every wolf is important for the animal’s long-term survival,” Chairman for The Swedish Society for Nature Conservation, Mikael Karlsson, told news agency TT.

Guess things aren’t so different across the pond after all.