How Many Deer to Kill?

There will always be debate about what the deer population in any given state should be. Sportsmen typically lobby for... 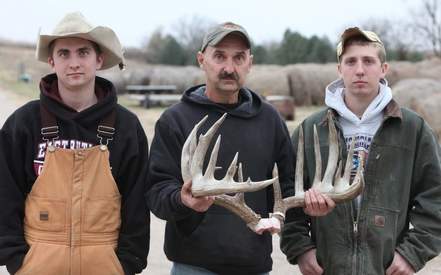 There will always be debate about what the deer population in any given state should be. Sportsmen typically lobby for higher deer populations while farmers, motorists and insurance companies usually call for population decreases.

Nebraska is currently a hotzone for this wildlife conservation tug-of-war. Last year, to quiet complaints from constituents, a state lawmaker proposed a bill that would allow landowners to kill deer year-round without a limit. Luckily, that bill never passed. But this year Nebraska hunters have killed a record amount of deer.

Hunters took 63,000 deer during the nine-day rifle season last month, which was an 18-percent increase over last year according to the Journal Star. The Game and Parks division instated earn-a-buck (where a hunter must kill a doe before he can shoot a buck) in some units and set out to reduce herds by 25 percent in certain areas.

This could very well be the golden age for Cornhusker deer hunting. Not only is the total harvest up this season, but Kevin Petzilka may have taken the state record typical buck. Earlier in November he shot a monstrous buck that scored 203 4/8. It will in all likelihood be a new record in Nebraska and rank in the top ten on the Boone and Crockett Club’s all-time list, according to ohmaha.com.

But Nebraska deer hunters beware. Years of record harvests are great, but they’re usually followed by slow seasons in the woods. Hunters have seen it turn from feast to famine over and over again in the Midwest.

Just ask anyone who has hunted in an earn-a-buck zone in Wisconsin over the last few seasons.

For more on Petrzilka’s record buck go to omaha.com