Hunters Save the Day in North Dakota

Theodore Roosevelt was an avid big-game hunter, a conservationist and the driving force behind the country’s national park system. Today,... 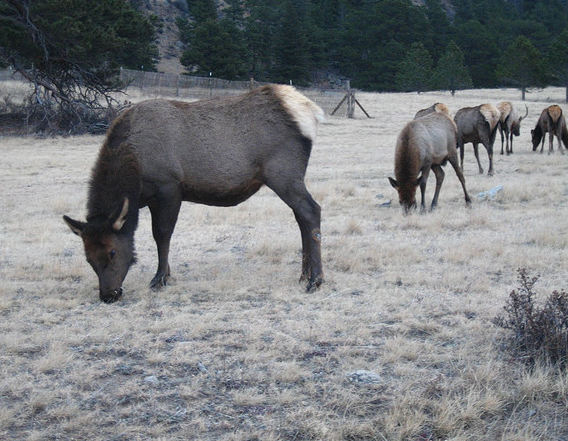 Theodore Roosevelt was an avid big-game hunter, a conservationist and the driving force behind the country’s national park system. Today, Teddy would be proud.

In Theodore Roosevelt National Park in North Dakota, hunters have taken more than 200 elk in an attempt to stop overpopulation and overgrazing. Wildlife officials hope that 275 cow elk will be killed by Jan. 20.

The plan to allow hunters to cull the park’s booming elk herd was controversial at first, because it’s unorthodox to allow hunting in national parks. But Congress OK’d the proposal of opening the park gates to hunters, and so far everything has gone according to plan.

Five teams of four hunters, led by park staff, head out each week to thin the elk herd. Each volunteer hunter gets to keep one elk, and the rest of the elk he harvests are donated to food pantries in the state. So far, 12,000 pounds of elk meat has gone to North Dakota Indian reservations and 4,500 pounds of meat has gone to the Sportsmen Against Hunger program, according to the Bismarck Tribune.

Everybody wins, and the volunteer hunters might be the biggest winners out of the whole deal. They get to spend their days hunting in a national park, shooting elk to their heart’s content. And all of this is being done in the name of conservation and for the benefit of society. In the first six weeks of the program, 105 lucky hunters participated.

It looks like common sense isn’t dead after all, at least not in North Dakota.

For the full story go to: The Bismarck Tribune