The New York Department of Environmental Conservation caught 137 poachers and charged more than 250 violations recently in a state-wide... 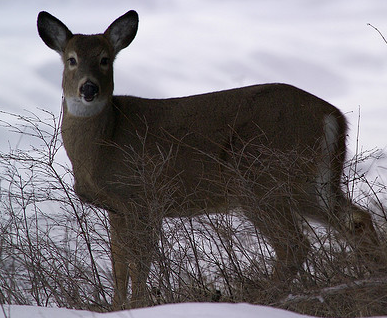 The New York Department of Environmental Conservation caught 137 poachers and charged more than 250 violations recently in a state-wide bust called Operation Dark Night. The poachers are accused of deer jacking, spotlighting deer and shooting them from the road.

“A strong message was sent that such illegal practices will not be tolerated,” Peter Fanelli, director of law enforcement for New York’s Department of Environmental Conservation told the Democrat and Chronicle.

Not only is deer jacking a huge threat to proper deer management, but it’s also extremely dangerous for all involved.

“First and foremost is that it’s very dangerous,” Fanelli told the Chronicle. “Houses get hit, people get hit, the deer jackers themselves get injured. It violates all rules of safety and it violates the rules of fair chase. Shining a light on a deer out feeding at night makes it a little too easy.”

The DEC made the busts by staking out rural areas over a seven-week period. They caught poachers from all over the state with many busts coming from western New York.

The department said that at least 10 deer were killed by deer jackers, a penalty that can bring fines of up to $2,000 and a year in jail.

For more go to: Democrat and Chronicle