Student to be Expelled After Accidentally Bringing Gun to Parking Lot

A 16-year-old honor roll student will likely be expelled from her high school for accidentally leaving her unloaded, cased hunting... 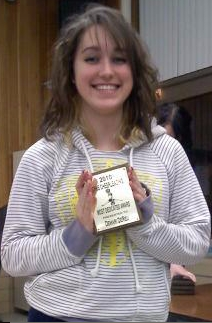 A 16-year-old honor roll student will likely be expelled from her high school for accidentally leaving her unloaded, cased hunting rifle in the locked trunk of her car at the school parking lot.

Demarie DeReu, a student at Columbia Falls High School in Montana, went hunting with her family over Thanksgiving weekend and forgot to unpack her gun from the trunk of her car before she drove to school. When DeReu, a member of student council and the varsity cheerleading team, heard that a contraband dog would be working the school parking lot in search of drugs that day, she remembered the gun in her car and told school officials about it, according to KXLH.com

She will now have to attend a hearing on Monday in front of the school board, where she will probably be expelled.

But the school board isn’t necessarily the bad guy in this case, the board has been handcuffed by a federal law called The Gun Free Schools Act, which was passed after the tragic shooting at Columbine. According to a letter published on the Flint Report from school superintendent Mike Nicosia, “the law requires that a student who brings a gun to any setting under the control and supervision of a school district must be expelled from school for a period of one calendar year.”

Nicosia suggests that the school board will be forced to expel DeReu, but he also says that the board will be able to decrease the length of the expulsion. He goes on to say: “In our state, [the Gun Free Schools Act] creates many difficult situations each year. Our people hunt, our people transport weapons and sometimes we forget. Unfortunately, the Gun Free Schools Policy does not discriminate between a student bringing a gun to school to do harm and a student who forgets that he or she left a gun in the car trunk after hunting … In a cases such as [DeReu’s], I am confident that the trustees of Columbia Falls School District Six would levy the least possible term of expulsion.”

You can read Nicosia’s full letter on the Flint Report.

If this story bothers you as much as it bothers me, email the District Six school board members and politely urge them to give DeReu the lightest punishment possible.