Toy Guns for Self Defense?

A Minnesota city council has given preliminary approval to an ordinance that codifies the use of toy and non-functioning firearms... 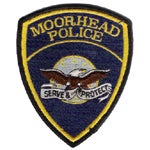 A Minnesota city council has given preliminary approval to an ordinance that codifies the use of toy and non-functioning firearms for personal home and business self-defense.

Acting on the recommendation of the city police chief, the Moorhead, (Minn.) City Council gave preliminary approval last Monday to a revised city ordinance that, among other things, would prohibit carrying toy guns in public places.

The ordinance that passed by a 5-2 margin during the Council’s regular meeting Dec. 13 did not extend a facsimile gun carry ban to private residences, a provision that Moorhead Police Chief David Ebinger wanted included in the statute. Ebinger told the council he is convinced toy firearms pose a serious safety problem in the city and could potentially be used to intimidate persons during domestic altercations.

Council member Mark Hintermeyer, who voted against the ordinance, suggested the measure not only violates the Constitutional right to bear arms, but also noted that Minnesota law already prohibits the display of replica firearm with reckless disregard.

We’re not making this up.

“This ordinance shall not restrict the use of a facsimile firearm for self defense of a person’s residence or place of business.”

The Moorhead City Council, representing the city of 32,000 located across the Red River from Fargo, ND, is scheduled to revisit the ordinance on Jan. 10 for a final vote.

While we can’t say with ultimate certainty if it’s unprecedented, it marks the first time we’ve ever heard of a law that encourages owning fake and non-functioning pistols for personal protection.

We’d wager the 77,000-plus Minnesota citizens who currently have state-authorized Permits to Carry prefer to own, train with and carry the real thing.